The Greater Golden Horseshoe is unique globally for its pattern of urbanization due to the proliferation of post-war apartment towers throughout the region.

In 2009 ERA Architects and planningAlliance (the founding partners of CUG+R) as well as the Cities Centre at the University of Toronto, were commissioned by the Ontario Growth Secretariat, in the Ministry of Infrastructure, to analyze this housing resource and examine its future role in our growing region.

The study then explored the potential for reengaging these Towers through a process of neighbourhood renewal to support the realization of provincial priorities including the implementation of the Growth Plan for the Greater Golden Horseshoe, creating a network of regional rapid transit, conserving energy, reducing greenhouse gas production, reducing poverty, providing affordable housing, and building a green economy. 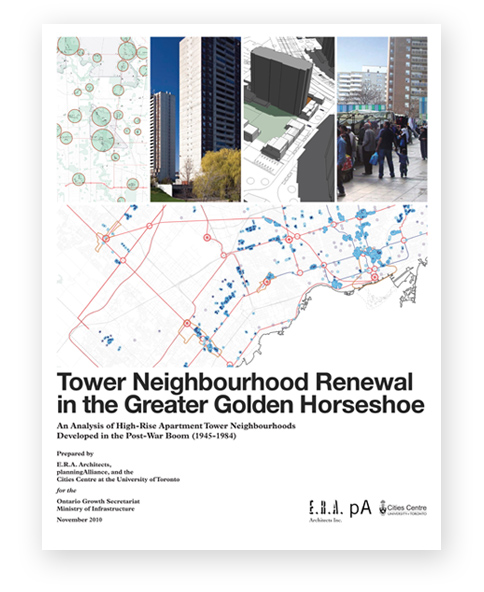 This report is reproduced here with permission from the Government of Ontario, © Queen’s Printer for Ontario, 2010.

Section 6: Challenges and Next Steps [2MB] 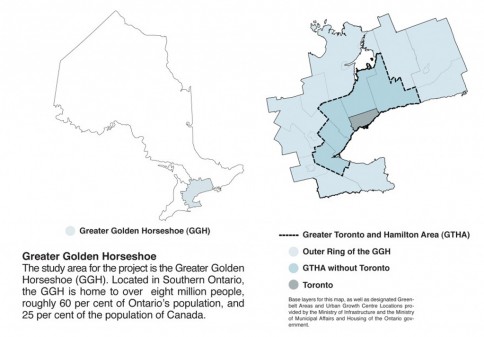 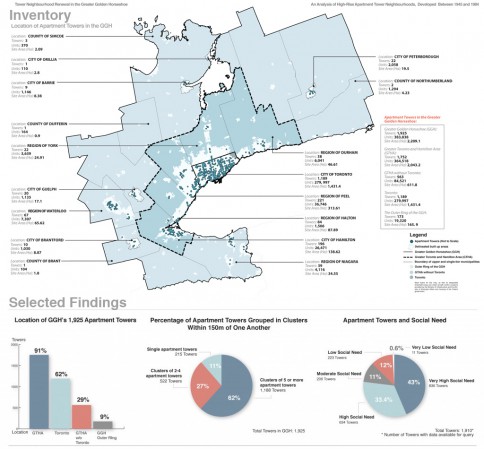 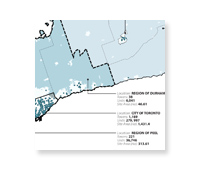 Inventory of Apartment Towers in the Greater Golden Horseshoe 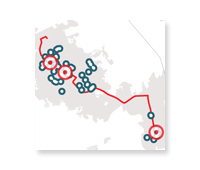 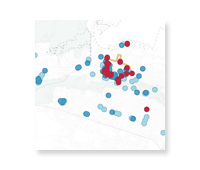 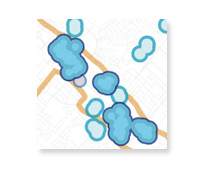 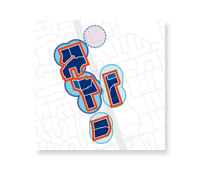 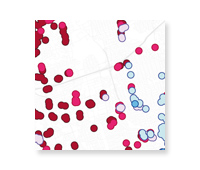 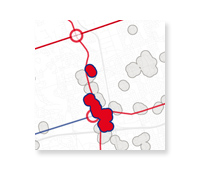 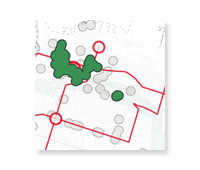 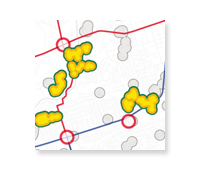 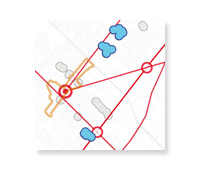 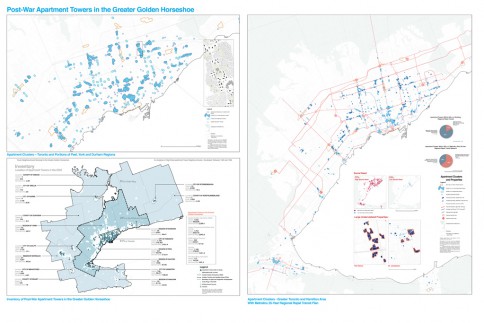 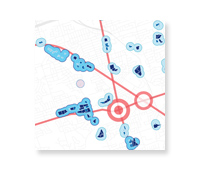 All sections of this report are reproduced here with permission from the Government of Ontario, © Queen’s Printer for Ontario, 2010.

This report was prepared by ERA Architects, planningAlliance and the University of Toronto Cities Centre for the Ontario Growth Secretariat at the Ministry of Infrastructure.

The lead authors of this study are Graeme Stewart of ERA Architects and Jason Thorne of planningAlliance.

Members of the Research Steering Committee included Michael McClelland of ERA Architects, John van Nostrand of planningAlliance, and Eric Miller and George Baird of the University of Toronto Cities Centre.

Additional research support was provided by David Hulchanski and Richard Maaranen of the University of Toronto Cities Centre.

The primary data source for characterizing and analysing the target building stock was 2006 Municipal Property Assessment Corporation (MPAC) data. MPAC data is used for property assessment purposes by the Ontario government and is the most up-to-date inventory of buildings in the Province. Because the precise characteristics of Apartment Towers, as defined for this study, do not relate to a single MPAC building-type code, a series of MPAC codes were selected that generally captured all buildings over eight storeys that include a residential component. A secondary process of visual confirmation was used to verify the buildings that met the initial criteria, as well as identify towers that were missed due to missing or incorrect data in the MPAC inventory.

Other key data sources for primary research included the 2006 Transportation Tomorrow Survey (e.g, transit use, trip lengths and auto ownership) and the 2006 Census for information related to social need and demographics in Apartment Towers. Additional information related to the housing stock was gained through Canada Mortgage and Housing Corporation housing start data.

To investigate linkages with areas of provincial policy interest, the study team conducted a series of interviews in December 2009 and January 2010 and a workshop in June 2010 with staff from the ministries of Transportation, Infrastructure, Energy, Municipal Affairs and Housing, Finance, the Ontario Financing Authority and Metrolinx. Staff from the Ministry of the Environment were also consulted.

A detailed description of the study methodology is available in the Technical Appendices.

webpage designed and maintained by william roderick macivor.
all images and text within this page copyright © 2018 by CUG+R
MENU